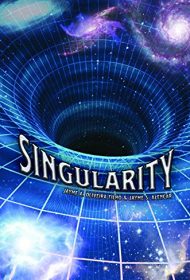 This novel from father-and-son writing team Jayme A. Oliveira Filho and Jayme S. Alencar is a science fiction adventure that chronicles a family’s multi-generational quest to save humankind from a planet decimated by global warming by finding a way to colonize the stars.

Set in the near future, the story begins with Joseph Silva, an astrophysicist of Brazilian descent whose revolutionary theory about black holes being portals to new universes is ridiculed by most of the scientific community. Relying on a strong work ethic and his unwavering faith, Silva forges ahead nonetheless. His daughter Daisy, a prominent scientist in her own right, continues her father’s work and, after identifying a new metal alloy in a meteorite that had fallen to Earth, designs a probe capable of entering and exploring a black hole. After the probe discovers another universe and a habitable planet past the black hole, Daisy’s son Alexander vows to fulfill his grandfather’s dream of saving humankind.

Sadly, this novel suffers from several serious flaws. The prose is filled with grammatical flaws—particularly tense errors. Meanwhile, the story fails to deliver the basics of the genre. There’s virtually no character development—the characters have very little depth and minimal growth—and a conspicuous lack of world-building, which is a glaring omission considering the looming apocalyptic backdrop.

The story has much potential and an inspiring message, but, unfortunately, it reads like a rough draft. The bones of this novel are solid, but it’s missing the developmental flesh that would give it widespread appeal.