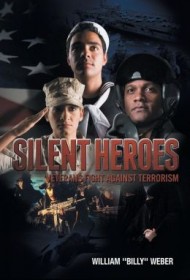 The story is set during the year before the tragic events of September 11, 2001. The lead characters are a Long Island attorney, his legal assistant (formerly a stripper), the FBI’s chief of counterterrorism, and a former Air Force covert operative. Together, they are investigating a potential criminal enterprise involving Washington power brokers secretly profiting from weapons factories masquerading as pharmaceutical companies in areas of conflict in the Middle East as well as from privatizing the military by outsourcing food sources and private security.

The group has been tipped off by veterans who believe improvised explosive devices and other weapons made in these factories are maiming and killing U.S. troops. A plan is hatched among a group calling themselves the “Silent Heroes” to secretly destroy the factories, since their pleas to government leaders have fallen on deaf ears. A terrorist cell, also in the mix, is doing all it can to unleash its own disturbing agenda.

Complex, yet fast-moving chapters propel this novel, which is written from multiple points of view and with flashbacks. The characters are well developed and the novel’s details feel appropriately familiar because they are based on true circumstances. In fact, despite the book’s disclaimer, the author boldly incorporates America’s private equity firm Carlyle Group, co-founder David Rubenstein, the Bush family and others into the plot, and not in a favorable light.

One downfall is some glaring spelling errors, including varied spellings of former Egyptian president Hosni Mubarak’s last name. Nonetheless, the detailed drama leans strongly enough on real occurrences to give one pause when contemplating our safety and trust in America’s leadership.

As thrillers go, this generally satisfying book is action-packed and imaginative enough to please most fans of the genre.