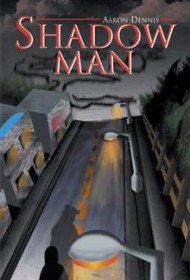 He can move between the visible world of the living and the ethereal realm of the spirits, changing from man to animal as he skips between dimensions.

Those are the extraordinary powers of the protagonist in Aaaron Dennis’ slim debut work Shadow Man, a story that incorporates voodoo magic, spirit guides and the hoodoo traditions of New Orleans with more metaphysical themes regarding spirituality, inter-dimensional travel and the afterlife.

Dennis’ copious narrative elements tend to get muddled, but there are promising moments in his condensed narrative. Setting the tale of hexes and hoodoo in New Orleans gives it a greater sense of credibility and immediacy; even the story’s more difficult moments benefit from an almost palpable sense of setting.

The main character starts as an average tourist in the Big Easy, a reveler who witnesses a mysterious murder in a back alley. As readers learn, the victim is a Shadow Man, a traveler who can switch between the “Humanside” and the “Otherside” – the world of the spirits. The murderer turns out to be Snake, an Otherside denizen with the energy of a specific creature.

The unnamed protagonist isn’t simply an unwitting witness to the crime. He takes on the powers of the victim, guided through his new skills by the victim’s grandmother, an old Creole woman who offers a variety of spells, hexes and voodoo as protection from potential enemies. The new Shadow Man connects with his own spirit animal, taking the form of a massive bear in subsequent ventures into the spirit realm, trips that include epic battles and deep searches for meaning.

It’s a lot to pack into 100 pages, and Dennis’ metaphysical musings sometimes seem too involved for the shorter framework of the novel. Still, the author offers moments of genuine eeriness. At his best, Dennis creates a new world, drawing on voodoo hexes, animist folklore and magical cues that have a solid base in Big Easy history.