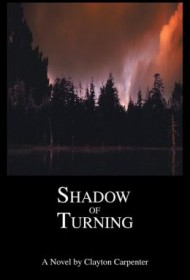 In this entertaining and well-plotted, modern-day mystery, an accomplished Texas high school counselor is forced out of his job and his reputation maligned by conniving, criminally-minded school administrators. He devises a plan to turn the tables with violent intent.

At the book’s opening, appealing protagonist Ben Kelly emerges a distraught man wallowing in New Orleans and unable to find work after being unfairly black-balled. Lee Ann, an attorney he loves and “the solitary light in my fogged-up world,” wants to help, but Ben decides to strike out for the remote woods of Mississippi to plot vengeance. There, he meets Jackson, a murderer who has escaped from prison. Though initially wary of the man, Ben eventually reveals to Jackson not only the story of what happened to him at the high school, but how the administrators’ ruthlessness has led to the deaths of many, including innocent kids. Appalled, Jackson offers to teach Ben wilderness survival skills that will improve his payback strategy.

Carpenter’s commendable first novel combines a fluid and descriptive story line with colorful and engaging characters, well-drawn flashbacks and elements of mystery. While his prose doesn’t rise to magnetic levels, it’s inventive and fun to read. For example, here’s how he wryly describes a muscular, fat policeman: “Looked as if his workouts had been punctuated with visits to Krispy Kreme.”

The book, which spans four months and four locales, offers interesting details, especially in describing Ben’s gradual development of the deep awareness necessary for minimalist survival. On the imaginative but odd side, the author adds some mystical characters who tell Ben they are responsible for enhancing his abilities. These minor characters do little to advance the plot, however, and could be dropped.

On the whole, this inventive escapist read delights with its nimble narrative and could draw wide appeal among mystery fans.