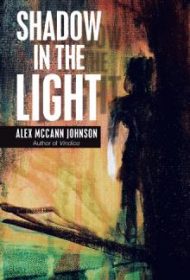 This intriguing fantasy novel tells the story of a young man with great powers struggling to save all of existence from a ruthless enemy, who happens to be the man he loves.

Alex undergoes extensive training as a shaman, demonstrating impressive abilities in navigating the spirit world and manipulating energies. His teachers reveal that he is the latest reincarnation of a powerful being, fated to battle an equally strong foe who seeks to destroy the spirit and material worlds. Gradually, Alex learns that this enemy is Ash, another young man he met during his training, who has recently reconnected with him and pretended to help him in his quest. To save everything, Alex must make a terrible decision.

The novel does a skillful job of world-building, gradually explaining the magical laws of shamanism and the spirit world, as well as the nature of the conflict between Alex and Ash. The reader learns about this world as Alex does, creating immediacy. (There are a few times, though, when it is unclear whether Ash has always been evil, or if he has been possessed by a godlike villain.)

The relationship between Alex and Ash is also well done, cleverly turning a complicated love affair into a cosmic battle between good and evil. Even before Ash shows his true allegiance, there is tension between them, with Ash demanding to involve himself in Alex’s battle, while Alex tries to keep him at a distance. When Ash reveals himself as the enemy, he harms Alex’s friends in terrible ways, making the stakes even more personal, all while proclaiming his love for Alex. The suspense comes from seeing how Alex will stop Ash, with a truly heartbreaking and poignant final scene.

With compelling characters, readable prose, and an exciting plot, this novel will entice fantasy fans and readers looking for a good story.