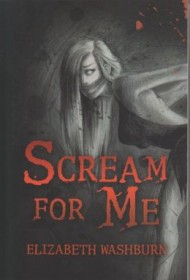 Graphic accounts of sexually sadistic murders and ardent descriptions of a romance between two detectives don’t seem like they belong in the same book. But Elizabeth Washburn manages to make both elements work in her multilayered thriller.

The book begins with a punch to the reader’s gut: three-and-a-half pages detailing the thoughts and actions of a sexual torturer and his latest victim. Shortly afterwards, that victim’s mutilated body is dumped in the bucolic South Carolina town where police detective Lizzie Bowlyn recently moved to escape an abusive ex-husband.

Aided by members of an FBI task force, Lizzie searches for the killer. Known only as Carver, he specializes in inventing new methods of sexual torture, filming his acts and posting the videos online. The author doesn’t stint on the horrific details of each torture and murder, but she does space them judiciously throughout the book so that they become compelling plot points rather than the literary equivalent of a snuff film.

Lizzie’s burgeoning romance with one of the task force members also counteracts the horror and gives further insight into an intriguing, emotionally conflicted heroine. The author has a gift for character descriptions, making even the secondary role players seem interesting and multidimensional. However, so many characters are introduced throughout the book that it becomes difficult to keep track of them.

Also distracting are the author’s occasional shifts between present and past tenses. And a subplot about a murdering arsonist and the psychic who’s tracking him is interesting but not fully fleshed out, making it feel like an afterthought.

Just like Carver’s victims, Lizzie is tall and blond, which keeps the reader on edge and scared that she’s in danger. A shocking murder near the end of the book also ups the fear factor. Overall, Scream for Me is a satisfying read for people who like their thrillers gritty and their romances realistic.