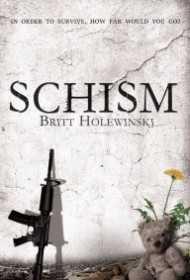 The first in a planned series, this young adult, science fiction novel blends familiar post-apocalyptic elements into a new story. The author acknowledges that Lord of the Flies inspired this work about a world run by teens, but readers also may notice similarities to The Hunger Games, 1984, The Terminator, Zombieland, and the Mad Max franchise.

Beginning in 2017, the story follows Andy Christensen, who loses her sole parent when a virus accidentally released by the Centers for Disease Control kills six billion adults worldwide, leaving only children. So at age 19, Andy becomes a healer, assuming the professional role of her father who had been a surgeon. She and two friends leave Bermuda and head for the U.S. after one of the friends is brutally raped.

Once arrived in America, they befriend Ben and Jim, who help them find shelter. Nowhere is safe, however, as Sean, the new world leader, monitors everyone through his network of drug-addicted spies and advanced technology. As the story unfolds, the five friends, plus trusted acquaintances, seek to destroy the deadly virus.

Despite scenes of violence, drug use, rape, and sex, the author’s language and descriptions are relatively mild. The story is elaborately plotted, but features many overly familiar themes (virus destroying whole populations, public death challenges, small districts of survivors, watchful eyes of controller, and so on). Additionally, the characters — mostly generic hero/best friend/villain stereotypes —tend to speak similarly, and the writing can be flat and occasionally awkward: “…though they had filled the tank and threw [sic] a couple of full jerry cans in the trunk, he was still uneasy.”

Despite the lack of originality, the author assembles an easy-to-read story with likable, if undistinguished, characters, and ends on a cliffhanger that sets up the next book. Young adults who can overlook the story’s sense of déjà vu will find an enjoyable, breezy read that may entice them on to the next titles in the series.