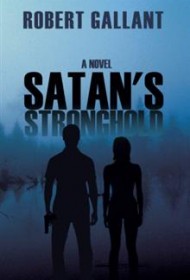 Devastated when her mother died in a car collision with a speeding drug dealer on the run, Chesney Barrett has coped by burying herself in her studies. As she prepares to head to Louisiana for a field study, DEA agent Travis Weld knocks on her door. Through unorthodox means, including sexual advances and aggressive physical contact, Travis convinces Chesney to use her project as cover for investigating a murderous drug gang using the swamp to hide a production facility. The criminals operate on part of a historic plantation owned by Jacques Dupree. Travis’ plan is for Chesney to seduce – or at least entrance – Jacques, thereby gaining access to his property.

Arriving in Louisiana, Chesney begins her investigation, but her mission grows more complicated when she succumbs to Jacques’ charms. Before long, she finds herself torn between her mission and a desire to be honest with her new lover.

Evocative settings and characters with flexible morality are the hallmarks of some classic crime thrillers, including those by Elmore Leonard and Carl Hiaasen. Satan’s Stronghold, however, lacks the just-believable-enough quality that makes those authors’ works so enjoyable. Chesney’s bold seductiveness toward the men she meets in Louisiana seems at odds with her roles as a diligent student and conscientious avenger, especially given her initial outrage at Travis’ suggestion that she seduce Jacques. Meanwhile, Travis’ consistently outrageous behavior — including sexual touching and vulgar talk — seems more likely to inspire a complaint to his supervisors than full cooperation. Also, a major plot twist toward novel’s end is so obvious that it’s hard to believe neither Travis nor Chesney considered it a possibility.

Satan’s Stronghold may appeal to some genre fans, as it delivers moments that are undeniably sexy and titillating. But its plot and characters need refining before this read can appeal to a larger audience.