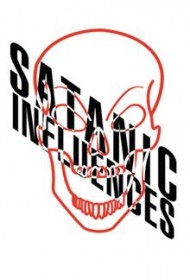 Those with weak stomachs and the generally squeamish should avoid Satanic Influences, one of two violent crime novels published by H. Berkeley Rourke in a month’s time in the summer of 2012 (Renewal). On the other hand, readers who are looking for meticulous descriptions of rape, murder and mayhem ¬— as well as the details of police work — will gravitate to this novel.

It is 1991 in the Phoenix area. Bruce Fletcher a self-proclaimed priest in a Satanist sect and his “grotto,” or group of followers, viciously abuse and murder a young girl in a ritual. When the police find the child’s body, the hunt for her killers begins.

Unlike the cases on CSI where it takes more than 45 minutes for lab work and DNA matching— in this instance, it several weeks. Thus, more grisly murders take place before Lieutenant Jim Cade and Sergeant Jaime Ontiveros can even begin to zero in on the cult.

What begins as a tale of graphic horror develops into a well-written police procedural by an author who has obviously done his homework in terms of research both into Satanism and the ins, and outs of real police work.

The only problem with the story’s third person narration is that the author frequently shifts points of view from one paragraph to the next, causing his audience to reread to make sure they know who has suddenly become involved. And just like in real police investigations, the action bogs down somewhat in the middle. Whether Rourke intended it or not, the slowdown almost seems to be a metaphor for the frustrations police officers must face.

However, these difficulties are minor. As a whole, Satanic Influences is a frightening and seductive read for those who can handle the graphic violence.