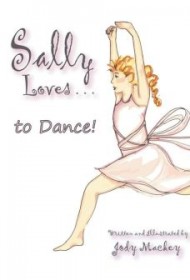 With its simple but lovely illustrations brimming with motion, Sally Loves…to Dance! will catch the attention of young readers, especially fans of dancing.

Part of a series about the many things Sally loves to do, this children’s picture book tells the story of a teenager who enjoys everything from ballet to disco. Her favorite style of dance, however, is hula—and to Sally’s great delight, her friend Evangelyne invites her to perform with her in an upcoming luau. Determined to do a good job, Sally commits to practicing with a passion. When the day of the festival arrives, she sets aside her nerves and has a wonderful time. Observes the narrator: “Now wishing the dance had not yet ended, a blissful Sally says, ‘Dancing is so much fun, [sic] this is the best day ever!’”

Although the story’s conflict is understated, it will resonate with many young readers who are making friends and tackling public performances for the first time. The unique framing of the story will also teach readers something about an art form that isn’t often highlighted, especially in children’s books.

The text has some minor copyediting issues (most notably commas where periods would be more appropriate), and the depiction of big curls, side ponytails, and some of the outfits feel very 80s. But the illustrations are soft, flowing and whimsical, and Sally’s ambitions inspire as she tackles her goals with poise and enthusiasm.

In the end, readers will appreciate Sally’s approach to her hobby and feel pleased with her accomplishments. The hardcover edition’s glossy paper, which highlights its colorful illustrations, further elevates this reading experience.