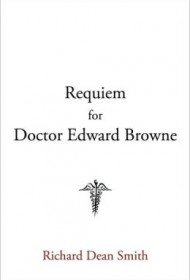 In the 1970s, managed care was introduced as a healthcare revolution that would benefit both physicians and their patients. But the promises proved to be fraught with problems. This unsettling cautionary tale explores the hidden side of the issue, from deceptions and greed on the insurers’ and politicians’ sides to perils that befell doctors who distrusted and fought the system.

Protagonist Edward Browne, an internist, is pleased with his bustling private practice and loves his independence. After his older partner retires, he brings on Forbes Quigger Hazzig, an ambitious, young doctor who soon becomes a fanatic for managed care. As the movement grows, Hazzig’s extreme power plays threaten to ruin the medical community. When Browne and his best friend, Dr. Meyer Benson, push back, Hazzig plots to get them out of the way.

Browne’s wife, Joanna, is interwoven into the story as an art specialist. In her lectures about art history, she points out that social forces and political rivalries often made their way into the subject matter of the art. The author seems to be drawing a parallel between the art world and Dr. Browne’s situation as he fights managed care.

Richard Dean Smith, himself a long-time physician, draws strong characters with well-rounded and complex lives in this illuminating look behind the curtain of managed health care. The book is rich with intelligent writing and details, and shows impressive knowledge of the philosophies of artists and wordsmiths. While the novel isn’t a satire, the author has fun with names, such as lawyer Habeas Lien, Esq. and healthcare economist Ananais P. Blathersnivel.

Although his subject of the dark underbelly of managed care is deeply explored, Smith’s plot ambles rather than sprints, offering fiction that is more informative than action-packed, save for a flurry of drama at the finish. Still, it’s an intriguing read for patients and healthcare workers alike, imbedded with warnings that are equally critical today as they were in the past.