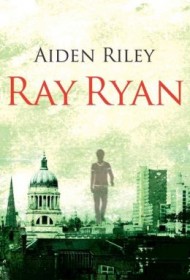 An immersive and thoughtful read, Ray Ryan follows the life of the title character as he grows into and out of adolescence in quiet Nottingham.

A book deeply concerned with relationships, the narrative follows three primary themes: Ray Ryan’s romance with his childhood sweetheart; his support of his trouble-prone best friend; and his parents’ fractured marriage, including both the things that drove them apart and the improbable love that keeps them tied together. Despite an evocative voice and moving philosophical underpinnings, however, a cohesive plot never truly emerges to provide the book with energy and direction.

Ray Ryan, which takes place over several decades, suffers the pitfalls that can come with such an expansive timeline. The need to cover many years in a single chapter downplays key plot points, as when the main character breaks things off with his current girlfriend to return to his ex, an important decision that takes places between chapters and goes mostly unexplained. At the same time, some scenes feel unnecessarily detailed, as when the main character parties with friends at various points in the book. Character development also falters.

The narrative is written from the point of view of an older Ray Ryan looking back at his formative years. This can cause the description of teenaged thoughts and feelings to feel especially distant, sometimes even patronizing. For example, unnecessary fear mongering around the dangers of smoking pot and stereotypical statements such as “Being a teenager, the last thing I wanted was to be told what to do” will strike many readers as outdated or alienating.

An ambitious project, Ray Ryan has a number of admirable qualities, including a compassionate engagement with questions of love, success, and integrity. At the same time, however, faults with pacing and character development can make the main character difficult to relate to and his story both less universal and less compelling.