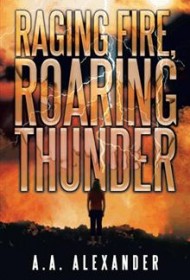 A house fire, college and work ambitions, healthcare facilities, an unexpected antique art find, and a deep family secret all play roles in this romance novel, whose main characters begin as childhood friends in 1972.

The story opens with 11-1/2-year-old Ryan Stewart witnessing a blazing fire in his grandparents’ house. After his grandfather dies as a result of the fire, his friend Amy offers emotional support. As the years go by, the pair fall in love and plan to marry, waiting until Ryan can attend school to become an architect while Amy studies elsewhere to become a nurse.

Suddenly, Amy learns why her mother continues to beg her not to marry Ryan, and Amy immediately breaks off the engagement, offering Ryan no explanation. They continue to pine for one another but reluctantly date others, and eventually each gets engaged. Through an unexpected work-related event, Amy and Ryan run into one another and reaffirm their love. Yet Amy rejects the puzzled Ryan again. Eventually, with the help of others with whom Amy shares the dark secret, the problem is resolved.

This uneven novel, tinged with the emotional shading of Nicholas Sparks’ books, struggles from the start. Loose story threads prove either unnecessary or serve only as mild sparks to move the story forward. The outcome is predictable: the only seemingly impossible obstacle to hurdle is the one big secret involving DNA — a secret that, given the story’s timeline, will likely be self-evident to anyone who stays current with the daily news.

Alexander draws likable characters. However, the supporting cast seems much too nice, understanding, and helpful toward Amy and Ryan’s plight, despite the fact that they would be the ones emotionally damaged by the situation.

In short, while this novel is a laudable first effort and may appeal to young adult readers, the story line would benefit by losing some of the watered-down subplots and building up more dramatic action and tension between the main characters.