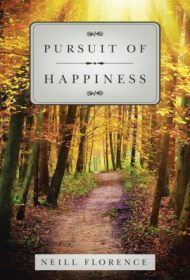 This historical novel set in Germany in the late 1800’s blends fact and fiction to create a complicated tale of two young lovers struggling to maintain their relationship.

Born into a large, impoverished family, Gretchen Haager works in the wealthy Sandenberg household. When she learns her mother is dying, Gretchen is denied time off to visit by the cruel Frau Sandenberg. Soon after, Gretchen accidentally meets Georg Schillingberg delivering coal in the villa, and they plan and execute her escape.

Georg, an army deserter who left for moral reasons, falls in love with Gretchen, and they marry. Complications arise, however, when Frau Sandenberg seeks revenge, first gossiping that Georg took advantage of Gretchen’s innocence, then notifying authorities about his desertion, and finally accusing him of murder.

These false charges force Georg to change his name and appearance repeatedly over time. When authorities suspect his true identity, he, Gretchen, and their children escape on a steamer ship to Australia, an excursion comprising the book’s second half. While onboard, they face additional adventures resulting in separation, a serious injury, and possible imprisonment.

Additionally, historical information dumps occasionally distract with unnecessary details. For instance, a “Foreword to Part 2” explains that the novel “continues on board the Waroonga as Georg and Gretchen and their children journey to Australia. The Waroonga is a real ship built in 1882 by AJ Inglis, Glasgow and it carried immigrants from Germany and England to Australia in 1883.” This two-page foreword provides more information of the actual voyage, offering details more appropriate for an end note (or deleted entirely).

While some will wish for stronger writing, those who like historical fiction (emphasis on history more than captivating fiction) from this time and place may enjoy reading about Gretchen and Georg overcoming their many obstacles.