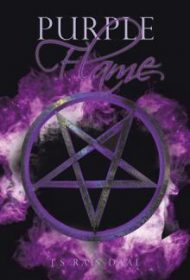 One of these villains engineers a car accident to eliminate the Ford family, who he sees as an obstacle to his rise in a mysterious organization called the Order. Sixteen-year-old Zach Ford, the sole survivor of the accident, soon learns that he must deal not only with his grief but also with Shangal, a demon from another realm, who has possessed his body.

As the novel progresses, Zach tries to maintain a semblance of normality by going to school. However, his classmates shun him, at the instigation of the headmaster, and only the new girl, Katie Oldman, seems willing to befriend him.  Soon, however, Zach is compelled to set aside his old life to battle another demon and his minions.  This opposing demon, Azrael, plans to take over the world, and Zach must defeat him to save humanity.

Although the narrative is filled with smaller conflicts, the book contains two climatic battle scenes, one in the middle and one near the end.  Both involve enough mayhem, magic and saber-slashing to satisfy any young male reader.

What the book doesn’t have, unfortunately, is consistency. For instance, readers learn early on that Zach’s neighbor is his guardian.  Then, near the middle of the book, the author indicates that the school’s headmaster is “the legal guardian of Zach.”  Katie has lived in her home “for many years,” yet the author states without explanation that she is new to Zach’s school. These contradictions and others within the story make for a confusing read. The book is also rife with run-on sentences, verb agreement problems, and numerous typos.

While it has a swift-moving plot, which may be enough to satisfy some YA readers, the book requires editing to reach its full potential.