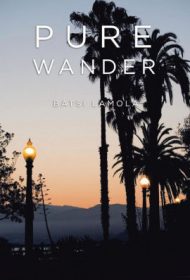 In this tale, two teenage best friends rediscover each other, then set out to determine why they were driven from each other’s lives.

As the story opens, young South African Hunadi is on the run for unknown reasons. As she crashes through the woods, she trips and falls, and a young man stops to help her up. To her surprise, “Nadi”  finds herself looking into the eyes of her former best friend, Jay, who she has been told is dead.

Reunited, the two begin searching for answers to the many questions surrounding their separation: Why was she lied to about Jay?; and why did her widowed mother choose an abusive second husband, “Uncle Harris,” over her only child? Nadi suffers panic attacks and depression, and frequently hears the taunting voice of “Uncle Harris,” who drove her away from home. Jay, on the other hand, is committed to being strong for Nadi and finding the answers both crave. It’s a quest that leads them into life-threatening circumstances that will have lasting consequences.

Author Batsi Lamola delivers a fully plotted tale in which mysteries, romance and evil are at play. She is capable of a nice turn of phrase, such as: “Reading is like dreaming with your eyes open … so I read a lot of books and live a thousand lives in return.” Hunadi and Jay are believable characters caught up in a drama with several turns.

But while Lamola shows potential, her writing is undermined by several issues. She overuses adverbs (“he genuinely asked”; “I sincerely addressed her”), which can bog the reader down. She also has a habit of referring to Jay’s eyes as “emeralds,” and at least one character is so sinister as to read as caricature. These issues greatly detract from the overall effectiveness of her narrative.

Those who can overlook such literary missteps will find a dramatic tale involving love and danger. Some revision, however, would improve the reading experience.