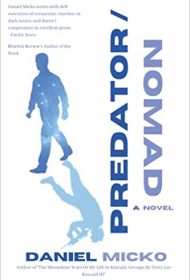 Dr. Jordan Roberts is a driven woman whose studies into accelerated genetic growth, genetic splicing, and cell regeneration have covertly had a radical impact on the world’s balance of power. Doing business with the highest bidder, Roberts has created clones for Taliban nationalists and Columbian cartels, among others.

After a short-lived love affair with a Saudi princess named Saleh, the princess suspects Roberts’ involvement in her twin brother’s alleged suicide and vows vengeance. Unfortunately, Roberts has returned to San Francisco, where she has even contracted clones for the city’s police department.

Meanwhile, Price Laurel is living in his van on the streets of San Francisco and barely surviving at a dead-end retail job. When he begins moonlighting as a freelance journalist writing a story on Roberts, his path collides with Saleh’s, and together they attempt to bring down the morally bankrupt Roberts.

The story can be unwieldy at times, featuring numerous intertwining character threads and some unnecessary tangential passages. (For example, Price’s many sequences at his retail job, while entertaining, don’t significantly impact the story.) Because of the author’s in-depth examination of multiple nonlinear plotlines, the pacing and overall intensity suffer in spots, as does the sense of narrative continuity.

That said, there’s a lot to like here. The diversity of characters is noteworthy (particularly in the gender identity of certain characters) as is the seamless fusion of science fiction, mainstream thriller, and police procedural elements. Ultimately, though, the real power of this novel is in its speculation. The various ways clones could potentially be utilized in the near-future is highly intriguing‚ and the repercussions of those actions drive this story to its climactic conclusion.

Although the story is a bit bloated, readers will appreciate the strong thematic punch of this cerebral thriller.