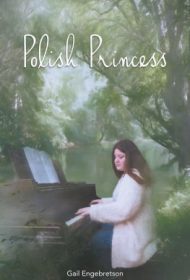 Gail Engebretson’s coming-of-age novel for young readers follows a teenage pianist as she grapples with love, death, family secrets and the struggle to improve her art.

It is 1968, and 14-year-old Anna Wisnewski’s home life is difficult. Her parents don’t get along; her mother criticizes her for being overweight, and her younger siblings distract her when she’s trying to practice her music. No wonder Anna finds herself growing close to Daniel Drazek, a violinist and classmate who shares both her love of music and her Polish heritage. Despite her lack of confidence, she agrees to become his accompanist in a prestigious music competition.

When Daniel comforts Anna after a family tragedy, their friendship blossoms into first love. Anna has more sorrow waiting for her, however, which she must overcome to succeed in the competition – both for herself and for Daniel.

Anna is an appealing protagonist with whom young readers will easily identify. Her initial frustration and self-doubt render her ultimate courage and success doubly rewarding for readers. Secondary characters are equally well-drawn, especially Anna’s mother, whose thoughtless unkindness to her daughter is tempered by great love, and by an inability to come to terms with her own past.

Engebretson packs a number of events, some deeply sad, into Polish Princess, yet the story is well-paced and never feels overcrowded or melodramatic. She handles sensitive topics, including the Katyn massacre (which ties into Anna’s family history) and an incident of sexual abuse, in a thoughtful and age-appropriate way.

The novel’s prologue and epilogue, however, in which an older Anna visits her dying mother in the hospital, seem unlikely to offer the same immediate engagement for young readers as the rest of the story. Although touching, they could be trimmed without harming the narrative arc.

Overall, Polish Princess is a poignant, involving work. The story should hold great appeal for young teens and mature pre-teens.