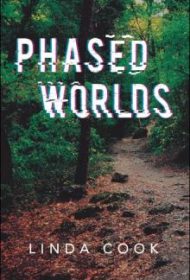 Teenagers break through to another dimension in this young adult fantasy of time and space intermixing.

Young teen Sage Nichols is walking in the woods near her home when she meets a mysterious man named Athern who greets her so kindly that they engage in deep conversation. As suddenly as he appeared, he vanishes. Tormented by a bully named Tanya at middle school, Sage somehow takes courage from her meeting with Athern and begins fighting back, enlisting the alliance of a new boy, Brandon.

When she and Brandon go together to the woods, a surprise attack by a primitive savage plunges them into another dimension. There, Sage and Brandon meet Athern again. The pair are introduced to the heightened technologies and skills of Athern’s home, Lacean, and begin to garner superior mental and physical powers.

The many weeks in this new realm don’t affect the earthly timeframe, so when Sage and Brandon return, they find themselves in the woods just minutes after they’d left. Stronger and smarter than before, thanks to training in Lacean, they are charged with protecting earth from the savages in the woods and smoothing the way for Lacean leaders to arrive and study Earth.

Linda Cook has composed her sci-fi fantasy with a studious mindset, basing the imaginary parallel world of Lacean around meta-science that includes sophisticated technologies such as intelligence enhancement through chip implantation, advanced astronomical imaging and time travel. Sage is a believable youngster, too smart to be accepted by small-minded classmates like Tanya but empathetic enough that classmates rally around her when Tanya gets too rough. Cook handles time warps and other such tricky plot devices deftly and gives the “aliens” sufficient human qualities to make them likeable and credible.

Cook’s action-filled story can easily hold the interest of older readers as well as young adults. She ends Sage’s saga in a fusion of complex interstellar cultures and a cozy intergalactic romance that presages a sequel.