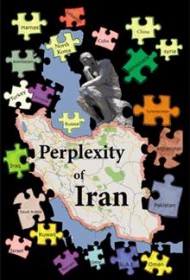 Sohrab ChamanAra would like to see regime change in his native Iran and has proposed a plan to achieve that result in Perplexity of Iran. Part of his goal is to bring about better geopolitical relations between Iran and the nation of his current residence, the United States.

ChamanAra, born in Iran in 1947, received his graduate education in England, then returned to Iran to work as an engineer for 19 years before settling in the United States. A busy author when not working on engineering projects for Indian tribes in New Mexico and Oklahoma, ChamanAra has published seven books in the Persian language. Perplexity of Iran is his second published in English.

Unfortunately, ChamanAra’s command of written English is tenuous and the editing is weak throughout the book. Still, the message emerges that regime change can occur through a collaboration of the U.S. government, some of the approximately 5 million expatriate Iranians and sub rosa reformers who can be reached within Iran. Although ChamanAra’s plan seems wildly optimistic, it is difficult to conclude that it is impossible.

The bulk of his book, though, is not about the current situation in the Middle East and Asia. Rather, it is primarily a history of Iran: its religious factions, its conquerors and conquered and its impressive ancient culture. ChamanAra is clearly knowledgeable about his country from first-hand experience, making his reliance on secondary sources such as print encyclopedias and the online Wikipedia unfortunate.

Perplexity of Iran shines in places but mostly falls short due to the derivative nature of the information, the weak editing and the awkward English phrasing.