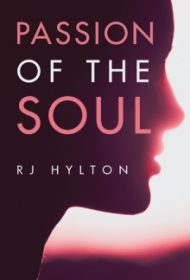 RJ Hylton’s Passion of the Soul is billed as a romantic thriller in which boy literally crashes into girl before upending girl’s life. But the novel is actually more of a complicated, modern romance, filled with secrets and betrayals.

Jamaican beauty Judine is driving on the highway when Paul Walker-lookalike Chad crashes into her. Judine, a nurse, drives an ’89 Toyota and struggles financially. Chad is a millionaire ad executive who is immediately taken with Judine; he’s not just captivated by her looks, but he also sees how she could be a great asset in his advertising agency.

Eventually, Chad hires her, and they fall into a friendship with benefits, but they can’t be a permanent couple for reasons Chad can’t or won’t explain. Judine thrives in the world of advertising, and she eventually decides to become a mother through a sperm donor, which creates another layer of complications.

Hylton has created a very likeable, relatable heroine, and at times, readers experience Judine’s journey through clear descriptions and interior dialogue. But many times, the overly long book is plagued with a passive voice, and readers are told, instead of shown, how things happen.

Descriptions and dialogue also present problems, as they either are tedious with too much unnecessary information or are so scant readers don’t understand why things evolve. Readers don’t need to know the exact times things happen (i.e., “I pulled into my driveway two hours and thirty-eight minutes later”), but they would like to know what, exactly, were the slogans Judine created to wow her first client and how her children grew up in just two chapters.

Readers who can ignore tiresome minutiae will be rewarded with an interesting and, at times, empowering character. Fans of diversity in fiction will especially enjoy this heroine. But revisions, with an eye toward removing unessential information and expanding on what is necessary to move the plot forward, would make this a much more enjoyable read.