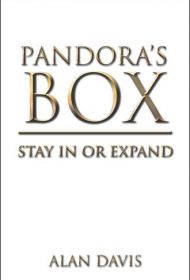 Alan Davis’ romance is a tribute to the power of true love and spirituality, a testament to the healing power of genuine devotion and connection.

The story unfolds in “Earth’s heaven,” a realm where celestial beings dwell and where young Siena is training for her future duties as a heavenly messenger. When she spies her instructor Penti performing a hypnotically beautiful dance with an unknown partner, she’s intrigued.

Siena learns that Penti is performing the dance with her love Sirius. According to a knowing observer, the pair are a “golden example of devoted lovers,” a couple that’s faced untold challenges to be together. While Penti teaches in heaven, Siri is earthbound, still in the reincarnation cycle. Their dance is a rare example of the two being able to connect in the ethereal realm.

Siena eventually asks Penti more about the relationship. Their Socratic dialogues provide a series of spiritual lessons about devotion, strength, patience and love. Davis also includes cues from a wide array of Western and Eastern mythologies.

As the introduction paying tribute to the author’s wife makes clear, the complex journey is designed as a tribute to true love on earth and beyond.

While that message is easy to discern, the actual storyline of the two lovers is convoluted. Davis writes in a dense style, dumping large amounts of information on readers with little context. Additionally, Stay in or Expand is a sequel, which may explain the immediate introduction of an intricate, established world and its detailed rules. For new readers, understanding the precise nature of the characters and their world will be challenging.

Even so, the author writes with unmistakable dedication to core messages about devotion, dedication and fidelity. The novel should appeal to any reader with even the slightest sense of romance, and fantasy fans may enjoy the fresh approach to characters who exist between heaven and earth.