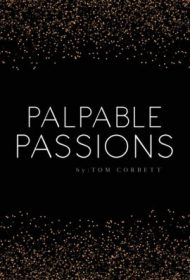 Azita Massoud is a young Afghan girl who longs to become a doctor like her father yet lives in a time when women have lost freedoms they once had. When she’s caught reading in public, her father falls under suspicion, causing the family to uproot their lives and head North to join the resistance against the Taliban.

Meanwhile, Chris Crawford is reunited early in the story with his estranged family when his brother attempts suicide. We learn that Chris’s father is a rich, greedy man that looks to “exploit and control others economically,” whereas Chris aims to make a positive difference in the world through humanitarian aid.

Azita and Chris become connected when Chris sends help to the Northern Alliance fighting the Taliban. Eventually, they are caught in sectarian crossfire, facing personal danger and the loss of loved ones as they grow more important in one another’s lives.

Corbett’s novel is generally well written, though at times the pace slows (it takes almost 100 pages from the time the Massoud family contemplates leaving Kabul until they depart), and aspects of the plot are predictable, such as the love story between Chris, an irresistible playboy, and a courageous female doctor, Amar, who joins his struggle in Afghanistan.

Characterizations and dialogue—often stereotypical and unrealistic— take second place to the author’s deft, informed portrayal of shifting Afghan culture and warfare, including what transpired around the 9/11 terrorist attacks and extremist interpretations of the Quran. Of the two storylines, Azita’s is the more compelling, realistically exploring what life would be like growing up in Afghanistan in the political climate of the day.

While the novel would be enhanced with better pacing and more dimensional characters, Palpable Passions delivers a compelling story arc infused with historical fact that should appeal to readers interested in the region.