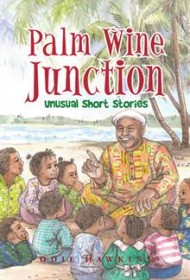 The most compelling pieces in this collection of fiction and travel essays are six gritty short short stories narrated by a down-but-not-quite-out drunk and former crackhead called Likka Sto’ Rufus (given name Joseph Rufus Stevenson). “You could call me history if you wanted to,” Rufus says. He certainly embodies the problems of many struggling African-American men of his generation: a hand-to-mouth childhood in Chicago, a stint as an Army sniper in “’Nam” that leaves him depressed and haunted by “snake-mares,” a half-life on the hard pavements of L.A. with friends like Slobber Lip Sally and Sweet Wine Willie.

Rufus is the vivid creation of Chicago-born, Long Beach, California-based novelist/screenwriter Odie Hawkins, an original member of the Watts Writers’ Workshop in 1965 and long a well-known practitioner of Black “street lit.” Now 77, Hawkins hasn’t lost his touch—or his outrage, even in the non-Rufus tales. In “The Last Nazi” he sketches an unrepentant old Hitlerite stranded in Ghana; in “Love Street, El-A,” a pair of young studs shamelessly count up their female conquests; in “Charlie Parker,” a young jazz saxophonist regrets his emulation of his tragic hero’s heroin addiction.

Some of Hawkins’ work lacks narrative flow, is weak on plot and reads like an inert cry of racial grievance. But the “Rufus Chronicles,” in particular, have a raw authenticity (“I gave some serious thought to blowin’ my own brains out”) that commands our attention. Hawkins’ several pieces on life in Ghana, where he’s worked as a teacher and TV series writer, are also fascinating, especially for their clear-eyed look at the ambiguous status of African-Americans returning to the “homeland.”

Underappreciated for half a century beyond his own cultural neighborhood, Hawkins has always deserved a wider audience. Who knows if he will ever get it. “After all,” he writes, “the African-American writer is an odd animal, even in America.”  This volume is one step in the right direction.