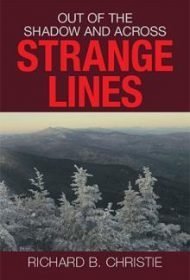 A kidnapping, a murdered police detective and a conspiracy crossing international boundaries converge in this short but wide-ranging thriller by Richard B. Christie, who employs his experience with the National Ski Patrol to launch his adventure.

In backcountry Vermont, ski patroller Paul DeNice discovers the frozen body of Howard Bean, a New York State Police detective. Bean was on the trail of Alice Thompson, a missing member of a United Nations investigative group. We soon learn that Paul is more than he appears: he’s a former member of the Navy’s elite Seal Team Six, with a valuable set of skills.

The story jumps between Paul’s investigation of the murder and the conspiracy that triggered Alice’s kidnapping. The overtly complex story involves a plot to gain control of liquid natural gas and monetize its flow through New England. Paul, now working undercover for Seal Team Six, ties the kidnapping to a shadowy operation called Burlington Ops, whose most lethal asset is Evan Sikorski, a vicious assassin.

Higher up the food chain, Paul learns about Professor Alex Korskin, who runs a well-respected foundation and has close ties to one of Vermont’s U.S. senators. Secretly, though, he’s a crackpot with unhinged ideas about using socialism to enrich himself and change the fabric of the country. The action and Paul’s pursuit cross the globe, taking readers to Italy, Venezuela, Boston and Chicago as well as Vermont.

The story is Tom Clancy light, while Paul evokes characters such as C.J. Box’s Joe Pickett and Paul Doiron’s Mike Bowditch. Unfortunately, there are too many characters for a novel that’s only 156 pages, and the characters lack the charm or menace necessary for a page-turning read. Additionally, the story’s plot is confusing, and its omniscient viewpoint lends little to the overall effectiveness of the narrative.

While the ending is satisfying, readers must navigate some challenging material to reach the final page.