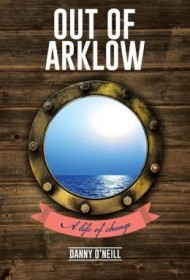 What we choose to include in a memoir says much about how we view our lives. Author Danny O’Neill makes it plain that work has shaped his life in Out of Arklow, a memoir recalling his time as a merchant seaman and master of vessels carrying cargo of all types.

O’Neill’s career might have ended before it ever began, as his first recollection of seafaring life in Ireland was a childhood tumble off the docks that nearly drowned him. This didn’t dampen his spirit for such a life, however, and he went to work on fishing boats as a teenager, registered with the Merchant Navy and climbed the ranks from seaman to master, seeing the world along the way.

Landlocked readers, or even those who simply know little about cargo ships, will enjoy O’Neill’s personal anecdotes. He writes with conversational clarity, describing the process of treating ropes and nets that left him reeking of (wood) smoke and punished by a teacher who thought he was smoking cigarettes. A later story about a snafu in getting back to Ireland from San Francisco is similarly entertaining. A smattering of typos and odd phrasings don’t detract from these passages in the least.

One wishes there were more such personal stories to tuck into here, but O’Neill flits from job to job over 27 chapters, and most bog down in ship specs that a layman will struggle to understand. However, anyone who has worked in the shipping industry will likely find this fascinating and enjoy comparing notes on various ships and ports.

Out of Arklow is not an intimate personal story but one man’s look back at a long and varied career. As such, it’s quite well done.