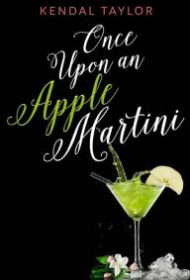 Kendal Taylor’s debut novel follows protagonist Calyssa Pantaleo as she stumbles through an early life crisis during travels with friends, partying, and self-sabotage, all while seeking to fit the pieces of her tattered self-worth back together.

The book opens with 30-year-old Calyssa in her favorite place, a bar, drowning her sorrows after a bad day at work with her libation of choice: apple martinis. She and two friends are about to spend the weekend in Las Vegas. Like Calyssa, her friends are crass and harbor complicated histories, and her relationship with them is often destructive.

When Calyssa decides to blackmail her boss as a way to secure her job, she tricks her inebriated friends into traveling to Honolulu, where her boss is vacationing, instead of Vegas. She persuades a stripper to come along, and then embarks on a farcical escapade in Hawaii, learning lessons on friendship and adulthood as she tries to untangle her messy life.

Although meant as a funny exploration of feminine identity and friendship, the story’s humor often falls flat. One-liners and plot absurdities accumulate and collectively bring tedium to a narrative packed with action yet lacking a strong narrative arc. Written largely from the perspective of the protagonist, an unrelenting narcissist and unabashed alcoholic, the story often veers into digressions, and Calyssa’s narration is frequently crass (“Babette returns from the bathroom. She definitely must have been laying brown dumplings, why she took so long”) and riddled with racist jokes. Despite her constant evaluation of others and herself, Calyssa changes little over the story’s course.

Nonetheless, Taylor touches on topics confronting modern women, such as workplace politics, relationship issues, and questions of family duty and personal responsibility. Even Calyssa ultimately recognizes that “Life may be a gamble, but life is also a choice.”

While many will wish for a less outlandish exploration of female friendship and identity, Once Upon an Apple Martini has its entertaining moments and may satisfy some readers looking for a low-brow diversion.