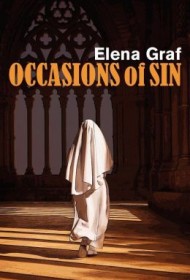 Love, hidden desire and deep secrets are the force behind this intelligent novel set in Germany in 1931.

The book opens at the convent of Obberoth. Aristocratic Prussian physician Margarethe von Stahle, a highly talented surgeon at a hospital run by nuns, has arrived to interview the order’s infirmarian, Sister Augustine, who will be the new head nurse. Margarethe soon learns that Sister Augustine actually has a medical degree, but she is fiercely hiding the reason she no longer practices as such.

While working together, the two women find themselves increasingly drawn to one another in a clearly forbidden attraction. Sister Augustine struggles with her deep feelings while preparing to take her perpetual vows. Meanwhile, Margarethe does her best to uncover the nun’s secret.

Also driving the story are interactions and monkey business between members of the aristocracy, as well as secrets behind the 14th century, 60-year scandalous and well-concealed correspondence between Margarethe’s distant relative, a countess, and her school friend who became a cloistered nun. Homosexuality, abortion and religious institutions all clash within the plot as well.

The author’s writing is pinpoint sharp and adroit, even when discussing sensitive issues such as Margarethe’s father taking his mother’s best friend as a mistress on the side: “Some may find this peculiar, yet it is not so unusual in our circle, where no one marries for love, and one must take one’s pleasure where it can be found.”

In short, this impressive, complex novel deals with sexual diversity in a light that is less seductive than illuminating, set in a time when Nazi actions were to be feared. It is sure to attract wide readership.