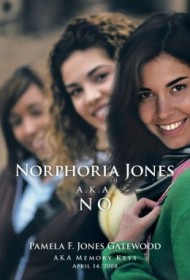 Everyone knows them as the trio. Norphoria (NO), Jasmine (Lil Mama) and Patsy (Joker) have been best friends since fifth grade and are looking forward to their last year of high school together. That is, until the new girl in town, Teka, tries to usurp Lil Mama’s place in the trio. As the “big sister” of the trio, NO isn’t about to let Teka get away with it.

What follows is a tale of revenge, filled with sex, love, violence and – eventually – growing up. The novel’s plot, which seems aimed at young adults, is made even more interesting by interconnecting complications, including a love triangle that threatens to destroy the trio from within and recovered adoption papers that test family ties.

The story’s many detailed sex scenes show encounters that are mostly romantic or exploratory in nature with a lot of tasting of “love juices,” though there is one drug-fueled, sadistic gang rape that acts as a catalyst to the plot.

The novel is cohesive and well-conceived and the characters nicely developed, however a few inconsistencies create confusion. Protagonist NO is repeatedly described as being down-to-earth, yet she acts the opposite, wearing expensive and flashy clothing and being as “cold as ice if you’re not right with her.” Most shocking is her revenge on Teka, one that no down-to-earth person could have ever planned and carried out.

In addition, nothing ever really comes of a discovered family connection between two characters, a major part of the plot. And even the resolution is disappointing when a main character’s death is not explained or fleshed out.

Grammar issues abound but are most damaging when it’s unclear whether the author intended to use Ebonics, as her characters might, or just made grammatical errors.

Even though the novel has many faults, it effectively builds suspense to keep the reader’s attention throughout. Careful editing could turn this good story into a great one.