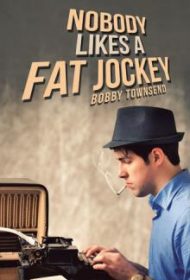 We first meet Rocky Scarpati at 19 years old, as he tells crusty boxing promoter Subway Sam Silverman that he wants to be a fighter. Paired with trainer Johnny Dunn, Scarpati rises through the Boston boxing ranks until he gets knocked out by a ringer in the final match of the Golden Gloves.

All along, Rocky has been working in the classifieds department at the local newspaper, The Examiner. As he moves up to sports writing and then columnist, he seems something of a mixed bag: a tough-as-nails reporter who frequently drops references to classic movies.

Rocky’s choices start to muddy when he begins working with the newspaper union. And after he participates in a scheme to pay thugs to rough up a colleague who’s making trouble, dire consequences result.

Townsend’s portrayals of women are brazenly chauvinistic. From Rocky’s 18-year-old girlfriend to the woman who he later marries to the hot mom he hooks up with after his divorce, each is portrayed as more stunning than the last and all are void of personality beyond the desire to sleep with Rocky immediately, whether he’s married or not. Rocky drinks too much, is a serial cheater, and frequently ends up in jail. While the author seems to consider him a good guy, it’s hard to overlook the fact that our hero isn’t really a good person at all.

Equally distracting is that the book never quite knows what it wants to be. What starts as a sports drama turns into an old-school newspaperman story before ending as a courtroom drama.

Rocky’s voice is clear and specific, and Townsend’s practiced prose delivers the narrative nicely, but ultimately, readers will find it hard to warm to the self-absorbed protagonist at the center of this story.