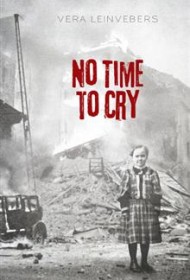 For Vera Leinvebers, a concert pianist and music teacher now living in Canada, childhood memories of war, loss and dislocation are so painful and traumatic she is forced to create a fictional self Lara to retell them, even from a safe distance.

When her family flees her childhood home in Riga, Latvia, toward the end of World War II, Lara embarks on the journey that, by its end, robs her of her brother, her beloved animals, her education, her music, even her voice; in short, the war “had stolen my childhood from me.” Interrupted with very rare episodes of kindness, Lara’s flight with her mother and father eventually lands them in Denmark, where the little girl rediscovers her music, her voice and, eventually, her own humanity. Later, all the years of recalled horror also invade her future, as otherwise innocuous incidents in Canada sweep her back to the evil times.

Leinvebers’ fictional memoir explores the same blasted landscape as such searing novels of a childhood stolen by the Second World War as Romain Gary’s A European Education and, most particularly, Jerzy Kosinski’s The Painted Bird. Like them, it is a striking exploration of brutality as experienced by one too young to comprehend anything beyond her own narrow horizon. We never know, for instance, on which side her persecutors fight; to her, they are just “the soldiers,” uniformed dealers of death and cruelty. Nor are we told of her family’s allegiances, or why, exactly, they must abandon all and so hurriedly take flight.

These things we may figure out from the historical record, but they hardly matter to a seven-year old girl. Instead, they are left meaningless in the face of her own struggle to survive. Readers will find this young girl’s journey both poignant and powerful.