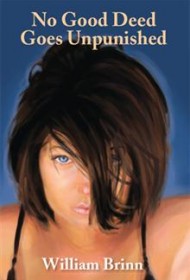 In this pleasant romance novel, love is in the air – but only if a series of misunderstandings can be cleared up first.

Veronica “Ronnie” Lange is a well-respected actress, well-grounded by friends and family. Her fiancée Jeremy Hansen began his career as a teen heartthrob on television. But Ronnie is well-suited for a host of roles, while Jeremy begins finding it harder and harder to get plum parts. When he backs out of the marriage, Ronnie is devastated, especially when she learns he was having an affair with another actress. Smarting at the public humiliation, she goes on a one-night bender, getting separated from her friends at a bar.

Meanwhile, Mike Grissom, who works in computer animation, is enduring a series of nowhere fix-ups from well-meaning friends. He finds Ronnie sitting on a curb and rescues her from a potentially damaging public relations nightmare. The two connect, but then a series of missed phone calls and hurt feelings get in the way of their budding relationship – until fate intervenes.

William Brinn’s novel has some strong elements — including a rich sense of place (California), and two likeable characters – but no real surprises. The dialogue is reasonably engaging and there are even several amusing scenes. But the book also has some key flaws: The opening scene of the story is confusing rather than engaging – a weak way to start a novel. Too many secondary characters are introduced at once. And the time frame is puzzling; the story seems to be dated to Y2K, as in “Fred…had been working endlessly on his company’s Y2K computer issues,” yet the reference is isolated and has no apparent connection to the rest of the book.

With no detailed sex scenes, this story is romance light — the sort of plot you might read in a women’s magazine. Despite its drawbacks, however, the novet should provide satisfactions for romance junkies who devour these novels on a regular basis.