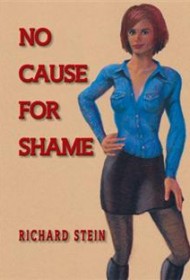 Brutal rapes. Mysterious deaths. Incest. A serial killer. A sabotaged cancer study. Author Richard Stein wraps all that and much more into a spellbinding murder mystery package tied together with the bright shiny ribbons of Nashville music and a love story.

The book opens with a break-in at the home of U.S. Congressman James Miller in a tony Chicago suburb. His stepdaughter, Amy Elizabeth, 22, is under attack by one of two notorious itinerant sexual predators known by police as The Roofers, while her sister AJ, 21, is forced to watch and wait her turn. Seeing her chance, AJ slips from her bindings, races upstairs, grabs a shotgun and manages to blow away both men. “One did not mess with AJ, and if you feel I am overstating what AJ would have done, you obviously missed the news coverage,” says the story’s narrator, Jonah Aaron.

The girls’ instant fame propels Amy Elizabeth toward an unexpected career while sending AJ into hiding in Nashville and into the arms of Jonah, a young private investigator who calls himself “a very dangerous man.” The balance of the book has AJ (alias “Red”) and Jonah tracking down the girls’ lost older sister Andrea (whose daddy, the Rev. Nathanial Golden, had molested her) while pondering the person behind the poisoning deaths of numerous men around Memphis and investigating the sabotage deaths of patients in a Chicago-based lung cancer study.

This may sound like a surplus of plot elements, but Stein’s novel does everything right, employing the plot-twisting skills of authors Jonathan Kellerman and Stephen White and the medical savvy of Patricia Cornwell (no doubt due to Stein’s real-life work as a hematologist/oncologist at Vanderbilt University). His characters are well developed and likeable, the edgy women smart, spirited and resourceful, not simply pretty faces. No Cause for Shame is brilliantly paced, too, sprinkled with enough foreshadowing to keep readers intrigued.

A murder mystery with heart and soul is rare indeed, and this one has it all, along with charming characters that beg for a sequel.