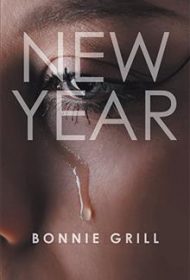 Bonnie Grill’s memoir, aptly titled New Year, recounts her first year as a widow after the unexpected loss of her husband and the new normal it imposes.

Grill, in her 60s and a devout Christian, describes preparing for a low-key New Year’s Eve at home when her husband, David, unexpectedly died, most likely from a heart attack or stroke. (David also struggled with alcoholism, which might have played a role.) Although the family is still mourning the loss of a son to suicide, Grill’s two surviving sons come to her aid as she navigates the many challenges of widowhood.

After David’s funeral, she learns that he’s neglected significant financial responsibilities and racked up debt without telling her. Digging out means selling the family home and downsizing. Couples with whom the two socialized move on without her, and she’s alternately hurt, angry, and also contrite when she remembers her first duty is to her faith. Anyone who has lost a loved one will recognize the waves of conflicting emotion and brain fog in those first weeks.

There’s much to admire in Grill’s frank recounting of events. The author writes like a friendly confidante and has a disarming taste for slightly raunchy humor. (Her choice of a wooden urn, for example, leads to rumination on other “woodies.”) Despite its sad subject matter, New Year is frequently funny while also honestly examining how a couple can be one another’s true love but still grapple with dishonesty and communication breakdowns. Copyediting errors, such as missing commas and hyphens, don’t significantly detract from the narrative.

Grill tells her story with hope that it can help others. She tells it well and clearly. While her memoir spans just one year, the changes she makes in that time are striking as she learns to manage life alone and fill it with things of value. A sound companion for anyone facing hard times, this winning book is also enjoyable purely for the storytelling.