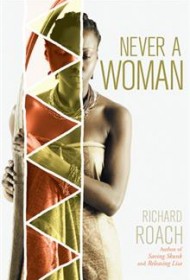 The struggles and successes of a Kisii tribeswoman from a small village in Kenya anchor this occasionally dark but ultimately heartwarming novel that bears testimony to Africa’s headline-grabbing injustices.

Kwamboka Muwami is orphaned at 18, her father dead from AIDS and her mother murdered. Her decision to refuse genital mutilation has already set Kwamboka apart in the village, and soon the young woman is on the run, fleeing a diabolical uncle and determined to make her own way in Nairobi. It’s no coincidence that Kwamboka means “the one who crosses the river,” for this spunky protagonist crosses many metaphorically raging rapids, including the evils of sex trafficking and the shadow of HIV-AIDS, using her street smarts and relying on the kindness of strangers.

While many rays of hope provide uplift to Kwamboka’s story, the passages delving into the sex trade might be too graphic for squeamish readers, and sometimes Kwamboka’s paths out of sticky situations seem improbable. In Nairobi, for example, a total stranger takes Kwamboka in and adopts her as her own within mere hours of meeting her.

Despite such contrivances, the novel’s story arc is engaging and briskly paced and the character of Kwamboka is refreshingly drawn, without clichés. The novel efficiently goes beyond the familiar issues in contemporary Africa, such as the AIDS epidemic and trafficking, to spotlight lesser-known problems, such as intertribal discrimination. The young Kisii woman faces discrimination and other obstacles at every turn but also ekes out minor victories. In the end it could be argued that Kwamboka’s struggles — and ultimate triumphs — mirror the continent’s own.

Flaws notwithstanding, readers who appreciate narratives featuring strong women will find this a compelling tale.