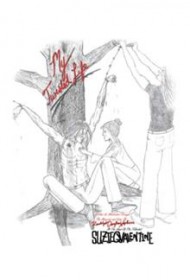 The difficult life of Randolph Douglas Hopkins, known as Randy, is the subject of this book, told in his voice and, according to the book jacket, inspired by memories of him. As recounted by author Suzie Q Valentine, Randy was a battered child in the worst way. Abandoned by a father he never knew and raised by a psychotic mother and two horrific stepdads, Randy suffered the worst sorts of abuse for no apparent reason.

At just three years old, he was blamed and beaten bloody for allegedly causing the drowning death of his six-week-old half-brother, though his mother had left the baby unattended during a kitchen sink bath. A year later, Randy was blamed for the death of his baby sister Christina, who died when a car crashed into their parked car after Randy’s mother had left her alone to run into the store.

Randy’s punishments were extreme, severe and gruesome. When he burned a finger, his stepdad chopped it off. When he forgot “it was his fault” his half-brother died, his furious mom stuck his foot down the garbage disposal and ground it up. The family moved constantly so Randy’s abuses weren’t discovered. As a young teen, he fell into heavy drug use to ease both his physical and mental pain.

The author’s relationship to Randy isn’t revealed, but this is clearly a heartfelt tribute to his struggle. The book is filled with rough language, highly graphic descriptions and illustrations of the brutality, as well as details of Randy’s sexual encounters. Yet the story carries such a weight of truth it is difficult to put down without learning Randy’s fate.

This powerful book might be the worst child abuse story you’ve ever read and requires a high tolerance for ghastly detail. But it’s a must-read for those who hope to find ways to rescue such children before it’s too late.