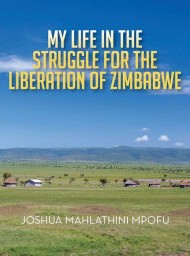 This memoir is written by a former guerilla who, between 1965 and 1979, fought gun battles and blew up police stations to break the last shackles of British colonialism in Africa. Joshua Mahlathini Mpofu proudly illuminates Zimbabwe’s battle for independence from the imperious racist Ian Smith, who ruled the former Rhodesia with an iron fist.

Mpofu offers a wealth of personal and historical incidents, taking readers through his childhood and schooling, where he became increasingly aware of the injustices of British colonialism and of the brewing dissent, and carefully detailing how the seeds of revolution were planted and grew.

An ironic and unspoken reality underlies the discussion. The author was aligned with current president Robert Mugabe’s chief revolutionary rival, Joshua Nkomo. He doesn’t detail how Mugabe has reduced the country to economic ruin while crushing dissent and fomenting human rights abuses, and only in his final pages does he acknowledge that the new nation of Zimbabwe, founded in 1980, is not yet liberated. “We behave as if we are in a feudal system of yester year . . .and any slightest provocation of the king would promptly trigger ruthless retribution from the state.” Smith or Mugabe? Pick your poison.

Mpofu’s memoir alternates between fascinating behind-the-scenes details and descriptions of events, such as his arrest and torture at the hands of interrogators, and dense bureaucratese that’s harder to digest, as in: “Noting too many faulty endeavors in the deployment of fighters, we began to debate the strategic issues . . .” His narrative also contains a host of organizational acronyms — ZANU, ZAPU, ZIPA — that add to the reading challenges. Students of African history may persevere, but casual readers will likely find the book more daunting, despite its highlights.

There’s an inescapable sense here that author can’t quite face up to his country’s failures to make good yet on its bloody struggle. Nonetheless, Mpofu’s memoir is a valuable addition to the history of liberation movements.