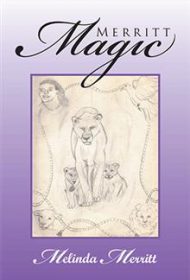 Although she was born decades after the Emancipation Proclamation, Melinda Merritt’s life was steeped in the lore of African ancestors who were kidnapped and sold into American slavery. Here, she introduces readers to the Supreme Divine Spiritual Energy her ancestors used to survive their brutal new environment, a belief system their white masters called voodoo. The powerful techniques were shared with each new generation of females, including the author.

Merritt, who was born in 1950 in segregated Americus, Georgia, learned at the feet of her mother, grandmother and a neighbor known as Maa Dove, who practiced a version of this system that also incorporated elements of Southern evangelical Christianity. They used their energies to heal, protect, and minister to the needs of their black neighbors, sometimes mustering enough magic, Merritt writes, to turn the moon red, raise threatening windstorms, and even cause houses to spontaneously combust.

The author honors these three sages and mentions the rapes, beatings, and hangings that continued to threaten black citizens long after slavery ended. She warns readers that white people are dangerous devils to be avoided or kept at arm’s length with Supreme Divine Spiritual Energy.

Merritt’s subject matter is riveting, including her stories about being arrested at age 12 for attending an early-day civil rights protest and integrating the town’s white high school. Penned by a more practiced writer, they could have been linked with larger historical events that put Americus on the map. For example, her father knew Jimmy Carter, who grew up nearby in Plains, Ga., and Martin Luther King was a family friend who often visited. Merritt mentions those facts only in passing as she focuses on other points, such as her blessed childhood or her mother’s homemaking expertise. The prose also suffers from grammatical and spelling errors.

Ultimately, the book seems a missed opportunity to garner a wider audience, although it may appeal to Southern African Americans of a certain age.