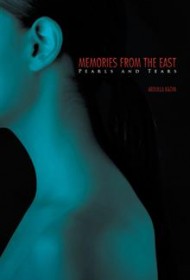 In this novel, a father’s horrific crime damns his son to a dark future in which joy and pain are a matched pair.

Protagonist Gerald Arsov is 6 years old the day he steps into the kitchen and finds his mother dead on the floor, his father holding her bleeding heart in his hand.
“This is the heart of women,” his father tells him. “There is nothing in it. No love. No appreciation. Only greed and lust.”

Gerald is taken in by an aunt and uncle who dote on him. He grows to be an exceedingly handsome young man who is considered a genius and who excels at most anything he endeavors.

But Gerald’s scars run deep, and at the age of 18 he vows to take his life when he turns 29. Finished with high school, he travels to China to complete his studies. He ceases communication with his aunt and uncle and continues traveling, supporting himself in various jobs, often giving his money away. But while at times generous and kind, Gerald is also an arrogant man, and one frequently in pursuit of the next sexual conquest. Then, as his 29th birthday approaches, he finds his high school sweetheart, now broken and mentally ill, and takes her away to the country to care for her and plan his final act.

This is an intelligently written book, but one that may appeal more to men than women. Gerald’s boastful conquests can be off-putting, and despite his tragic youth, he is rarely sympathetic. Yet, these character flaws are fitting for a man so damaged and suggest the thought the author put into writing the story. Likewise, author Abdulla Kazim stays true to his tale with no gimmicks or surprise happy turns, making for an interesting, albeit gloomy read.