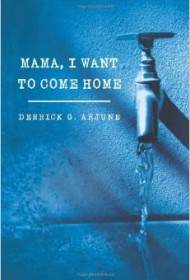 The future of six intelligent and ambitious black youths is threatened when their lives are unexpectedly entangled by peer pressure, street life and prejudice in this insightful novel set in modern-day New York City.

The action begins immediately as the young men wander into the shop of a Korean merchant and are accused of being thieves, although they did nothing improper. Soon after, the teens are stopped by police in lower Manhattan and arrested.

Their troubles mount as the principal from the elite downtown Brooklyn academy they attend immediately tries to expel the teens for marring the school’s reputation, though they had not been convicted and are bright students who already have been accepted to prestigious universities, including Yale, Columbia, Harvard, and Dartmouth.

As the drama unfolds, readers learn the backstories of those who intervene on their behalf, including a civil rights lawyer from Zimbabwe, distrusted by the black mothers; a beloved pastor hiding a big secret; and a mother born in Trinidad who knows what it’s like to be attacked.

This thought-provoking novel ably intertwines the characters’ lives as they grapple with the complex issues of race, respect, prejudice, and character flaws. The book’s interesting construct of overlapping storylines is reminiscent of Colum McCann’s work, Let the Great World Spin.

The writing is strong and occasionally creative, though not always in a manner apropos to the city setting: “Nervousness swept through them like a scythe in a field of young grass.” The story also is unable to sufficiently emote the teens’ deep shock and fears, and ties up the ending too abruptly.

Nevertheless, the engaging and introspective nature of this novel and fresh approach to its subject matter make it well worth reading, though it would benefit from a rewrite that allows the story to delve more deeply into the characters’ hearts and minds.