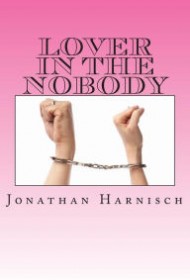 Equal parts existential nihilism and fetishistic erotica, this darkly hypnotic novel—in which the lines between reality and delusion are hopelessly blurred—chronicles a mentally ill man’s search for meaning in his life, or at least some kind of profound corporeal satisfaction.

Georgie Gust, who has Tourette’s syndrome and may be schizophrenic, is also a hardcore masochist and foot fetishist and believes that finding the “everlasting orgasm” is what he needs to change his life. The son of independently wealthy parents, Gust has frequented kinky sex clubs for years without any real fulfillment. But when he becomes enamored with his next-door neighbor—a middle-aged paramedic named Claudia—he offers to pay her to be his torturer, his “personal trainer in pain.”

The brilliance of this storyline—and it is brilliant—is in the author’s use of the unreliable narrator. The novel begins with Gust in a psych ward after an apparent suicide attempt. As his story unfolds, the reader is introduced to Ben, who may be Gust’s limo driver, a figment of his imagination, or an alter ego. The reader is never quite sure until the very end — when a bombshell revelation turns the entire narrative upside down.

Lover in the Nobody is a poignant exploration into the world of mental illness that is simultaneously deeply disturbing and salaciously spellbinding. It is sure to resonate with readers long after the last page is turned.