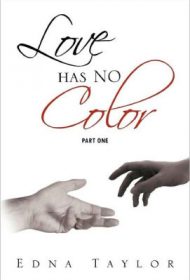 This tale is set in motion when the protagonist literally falls into the arms of a stranger on the streets of New York City.

When African American high school graduate Nanzee Johnson leaves her home in Florida to study at New York University, she’s a bookworm and lover of sports, with a mild interest in members of the opposite sex. But that changes when she crashes into the arms of Basil Barden, a wealthy hotel CEO resembling a “Hollywood Indian Brave.” The attraction is instant and mutual, but Basil tells Nanzee she must wait for a relationship, raising suspicions about his true intentions with Nanzee’s roommates. There’s also the matter of the wedding ring, which he wears in plain sight and refuses to explain.

But at last the two come together and Nanzee soon learns of Basil’s initial ulterior motives as he reveals the “Agreement,” a contract that holds unexpected implications for their future. Despite this, he insists he has loved her from the start, and the two begin planning their future, overcoming the challenges of a mixed-race relationship.

There’s some skillful writing here. When Nanzee crashes into Basil, Taylor writes, “I half expected to see my teeth flying by.” Likewise, her descriptions are often evocative (“The wet, tarred streets glistened in the dull light of street lanterns …”) and the story is well plotted.