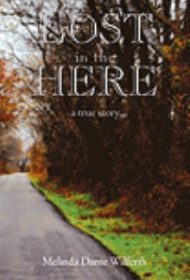 After a sudden, severe epileptic seizure leaves the health of the author’s husband on rocky ground, her fractured home life detours into a desperate search for a cure in this dramatic memoir.

From the time they met in Missouri, Melinda knew of the small seizures John would experience occasionally. They began soon after he had a head-to-head collision with a fellow high school baseball player. But six years into their marriage, on Easter, 2003, John experienced a rare status epilepticus seizure that severely damaged the 37-year-old’s memory.

Until then a successful financial advisor, John became “lost in the here,” as Melinda describes it, unable to recall events of the near past or to remember future plans. He became moody, agitated, and distrustful. She tried hard to spark memories, but usually fell short. “It was like trying to rebuild a brick wall that had suffered a terrible barrage and was now shot through with holes. We laid down one brick at a time and tried to cement it firmly. Our problem was to find the bricks.”

While steadfastly seeking treatment that could help John recover some memory function, Melinda realized she couldn’t bear the burden alone and put her faith in God’s hands. “A beautiful peace came over me for the first time,” she writes, “since the terrible trouble had begun…”

This candid memoir is solidly written from start to finish. The author’s strong narrative voice brings scenes alive, from the tension-building opening pages to the startling Epilogue, allowing readers to experience the sheer terror, panic, fears and resolve she experiences during her husband’s massive seizure and its aftermath. Readers will relate to the author’s situation and the frustration her husband often feels, and admire the couple’s perseverance in the face of many trials.

In short, this book will be an inspiration for anyone seeking courage and comfort while confronting major obstacles in their own lives.