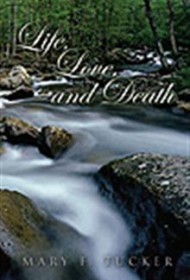 This story follows the life of the author’s mother, Fran, from the time in 1915 when she was ten and was left homeless when her mother died, until she died at almost 75, with 11 children, grandchildren, and alcoholic husband at her bedside.

As a growing girl, Fran was beautiful, the descendent of a Cherokee woman. After a childhood working for others, she was taken in by a relative. She fell in love with a kind and generous young man, the son of a mill owner. Their romance and marriage was the peak of her happiness. Her husband’s parents adored her and the son she had as the result of an earlier rape.

When the mill exploded, killing her husband and father-in-law, Fran’s happiness ended. After that, her life was filled with the kind of poverty most Americans never know. She married a man who drank and gambled; he moved them around the South, from one rundown rental house to another. He would return home long enough to get Fran pregnant, but mostly, she was alone, trying to feed and keep a home for her growing family. Education was out of the question, as was rudimentary medical care. Childbirth was with a midwife, and no painkillers.

The joy in Fran’s life came from people who befriended her, the natural beauty of her surroundings, her belief in God, and her children.

Despite the uplifting message of faith, author Mary F. Tucker’s book is a difficult read, due to mechanical errors and writing issues that might have been corrected by an editor. The narrative is rife with mistakes in spelling, grammar, tense and punctuation. In addition, the same facts are repeated often throughout the book. As a result, the book will hold less appeal for a wide audience than it will for Tucker’s immediate circle of friends and family.