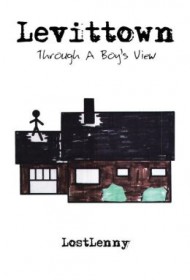 Set in Levittown, New York, a post-WWII suburban housing development constructed by famed real-estate developer William Levitt, Levittown chronicles the day-to-day adventures of grade schooler Lester Nilsson. Reminiscent of a Rockwellian America populated by such archetypal characters as the schoolyard bully, the friendly police officer, the clerk at the penny candy store, the gossipy neighbor, the stay-at-home mom, and the breadwinner dad, Levittown is a nostalgic remembrance of an iconic American suburb from the 1950s.

Levittown’s prologue introduces the Nilssons—Burt, Rosalyn, and their son, Lester. They’ve just moved to Levittown from New York City. As they unpack their belongings and settle into their home, they wonder about their new life in the suburbs and their young son’s future.

This presents the potential for an evocative storyline, one exploring the impact of community and place on family and relationships. Regrettably, that promise is never realized, as the book comprises a series of short, quick-action chapters that recount Lester’s school days from kindergarten through sixth grade; his mischievous run-ins with the police; his altercations with town toughie, Robby Wilkes; and his stickball, basketball, and baseball games with friends. Certainly, Lester’s exploits epitomize a lively boyhood, yet they are stand-alone snapshots that don’t connect to an overarching narrative.

A dearth of descriptive prose prevents readers from visualizing Levittown, the Nilssons’ home, and indeed the Nilssons themselves, and awkward phraseology slows the book’s pace, as in: “Lester is smug with himself as he deludes his ego with a feeling of having an immunity against the minor infractions that he has been doing.”