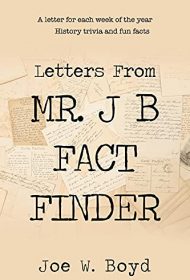 Boyd offers a folksy narrative introduction to each of his topics, generally followed by bulleted lists of related facts. He covers subjects as diverse as the origins of Valentine’s Day to the history of the Empire State building to random facts about Tupperware. For example, regarding the latter, he notes that “The airtight seal was inspired by the paint can.” In an entry about toys, he reports that “the yo-yo is believed to be the second-oldest toy in the world.” And so on.

While this trivia is fun to read, his cataloging unfortunately contains some inaccuracies, which call into question the author’s level of research. Uninformed readers may come away believing each “fact” wholesale, while savvier readers might catch mistakes, thus questioning all of the details. For example, Boyd claims that the U.S. hockey team beat the USSR for a gold medal in the 1982 Olympics. (Actually, they beat them in the qualifying match, then beat Finland for the gold; the Olympics in question were in 1980.) In another example, “stewardesses” isn’t the longest word that can be typed with only the left hand. (That distinction goes to “sweaterdresses.”)

The book is generally easy to read, and lends readers the ability to digest the information in pieces. In addition, it offers readers the luxury to choose where to move within the book rather than to proceed directly from beginning to end. To facilitate that, however, a table of contents would have been welcome. The book could also use a copyeditor to correct numerous spelling and grammatical errors.

Overall, this is a genial work that might interest trivia lovers—but only if they’re willing to fact-check the facts in these pages.

Also available in hardcover and paperback