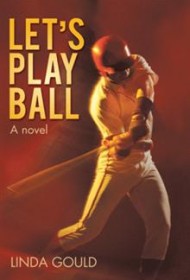 This dramatic novel stirs together a large cauldron of diverse people and situations. Miranda, the narrator, is a budget analyst for the government and is married to a prominent lawyer. Her fraternal twin Jessica is an ambitious journalist and co-owner of an online sports magazine. Jessica is engaged to Manny Chavez, a player for the Washington Filibusters.

As the book opens, Manny and his team are playing the Florida Keys for the National League championship. At game’s end, Manny goes missing, sparking an international incident between the U.S. and Cuba; Cuba is Manny’s birthplace and the current home of his ex-wife Guadalupe, who snatched the couple’s young son a few years back. As the search for Manny ensues, Jessica and Miranda get caught up in unearthing the kidnapping’s back story, bringing out racism issues, illicit affairs, two ambitious baseball team owners, the president of the United States, and various unsavory characters from Cuba.

It’s a complicated story, marred by Miranda’s limited narrator’s view regarding the people and events that unfold. Soap opera-like angles and conflicts are trotted in and people’s flaws described, but rarely are these things dramatized effectively. In short, the story lacks the heart-pounding literary description necessary to make the action come alive in the mind’s eye. The ending, written as an epilogue, also suffers because it simply wraps up the loose ends in an explanatory mode. Readers don’t want to be told what happens, they want to see and feel it.

While the book brings in multiple promising threads of nefarious characters and acts, none are developed with sufficient emotional depth for the reader to care about who they are and what happens to them. The story line has promise, but it needs to be fleshed out with much stronger characters and action to attract an audience.