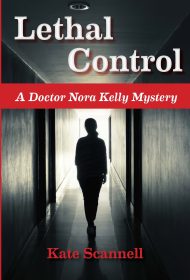 In present-day Oakland, California, Nora Kelly is a doctor in a community hospital. When a number of desperately ill homeless people are brought into her care, Kelly is pulled into a web of intrigue surrounding the redevelopment of a local stadium site where her patients camp.

With the aid of her colleagues, Kelly investigates the site’s potential environmental contamination. As the novel races toward its conclusion, she uncovers a decades-old conspiracy that interweaves many of Oakland’s most pressing social problems, including homelessness, environmental racism and gentrification.

Scannell excels at characterization, bringing a vibrancy to individuals from a wide range of backgrounds, from debutantes to homeless individuals. For example, Red, who plays a critical role in the plot as a guard at the stadium site, displays a poignant tenderness beneath a rough demeanor shaped by his own years on the streets.

The plot is taut and engaging, moving adroitly among a plethora of locations throughout Oakland and revealing both its troubling facets and engaging quirks. For instance, the author contrasts the beauty of Oakland’s Lake Merritt with the homeless encampment surrounding it.

Scannell’s authorial gaze is remarkably compassionate, especially to those who have been discarded by society at large. In addition to being an intriguing mystery, the novel is a cry for social activism in a community about which she appears passionate.

Unfortunately, the conclusion is rushed and introduces abrupt plot twists, such as a budding love affair between Kelly and a private investigator, which prove distracting. Revision here with attention to pacing and extraneous plot elements would make the novel an all-around wonderful read.

Still, the rest of the story is highly entertaining, and Lethal Control will appeal to mystery fans, as well as those of an activist bent.