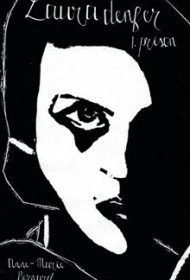 The title of this unremittingly dark espionage thriller is fitting; although the storyline is impressively labyrinthine and adeptly narrated, it’s the incredibly complex — and utterly heartrending — character of Laura Denfer that makes this such a powerful read.

The story begins in shocking style: thirty-six-year-old Laura Denfer, who is half Korean and half French, has been incarcerated for almost two years in a North Korean prison, where she has endured unspeakable tortures. One of the military leaders of the prison is a hardcore sadomasochist, and after physically abusing her, he oftentimes sexually assaults her as well. When British Marines storm the prison and free Denfer, she finds that she is still not in control of her own destiny. With numerous assassins trying to kill her and alleged allies trying to understand her role in a volatile political situation that could potentially lead to another world war, Denfer must com to grips with her nightmarish experience while also completing her secret mission — whatever that may be…

This is not a novel without flaws. The text contains a noticeable amount of grammatical errors throughout and, at times, Bernard’s focus on the dynamic character interplay and intricate storyline leads to a disregard for setting. The attention to locale description during the sequences when Denfer is imprisoned, for example, are brilliant and make for a vivid and fully immersive reading experience. But elsewhere, that attention to description is largely forgotten and the exotic locales she visits are only superficially described.

That said, this is an intense and deeply satisfying read; Bernard’s writing style is intelligent, crisp, and unapologetic. Although some readers may find the graphic torture scenes and sadomasochistic sexuality disagreeable, adventurous readers who aren’t repelled by such subject matter will find Bernard’s courageous French-Korean heroine simultaneously intriguing and endearing.