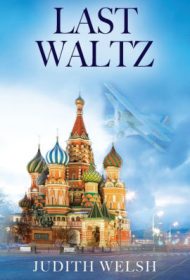 Theories abound surrounding the disappearance of Russia’s Tsar Nicholas and his family in the Bolshevik Revolution during the early 20th century. Were they murdered? Did any escape? In Last Waltz, Judith Welsh presents a fictional account of what might have happened to the tsar’s eldest daughters.

The tale begins in modern-day America as family and friends of a genial man called “Papa” gather for his 100th birthday. After the festivities – perhaps because he realizes his days are growing short – he reveals a family secret involving his departed wife, “Tata.”

It seems Tata wasn’t a common Russian immigrant but Imperial Duchess Tatiana, daughter of the tsar, and Papa is Mikhail Yakovlevich Malama, a pilot who also tended the tsar’s horses. Most of the book follows their love story. Along the way, readers learn about pre-Revolution Russian culture and the upper-crust Romanov lifestyle. Welsh peppers the story with historical incidents, such as the rumored love between Her Imperial Highness, the Grand Duchess Maria and Lord Battenberg of England.

An extraordinary amount of storytelling involves the time between Tatiana’s introduction to Mikhail and her acceptance of his love. Many readers will wish that the “will they/won’t they” timeline had been tightened dramatically. Overall, character development doesn’t scratch far below the surface, and, since many characters share names, following the story is difficult. When Duchess Tatiana and Princess Tatiana converse, it‘s difficult to follow the dialogue, and differentiating between the Alexes, Nickys and Michaels/Mikhails is equally challenging.

The book ends abruptly. Apparently it’s intended as the first in a series, but unfortunately, this isn’t clearly indicated to readers anywhere in its pages or even at the confusing end, making for a frustrating experience.

While the story’s premise is intriguing and its topic would interest fans of Russian history or historical romance, it requires further editing before it is likely to find an enthusiastic audience.